Even if you know nothing about Cuba, you’ve at least heard of Cuban cigars. So after spending two nights in Havana, we planned to head into Viñales. Viñales is a small town in Western Cuba, known most notably for its tobacco plantations.

We had booked a rental car, and on the morning of departure, Moritz and Cip went to pick it up. After they were gone for a good two hours, we started to wonder if they were ok. Quick SMS exchanges revealed that they were still alive and would be on their way back shortly.

When they returned, they explained that apparently there were no cars at the rental agency. What the heck did that mean? All the cars that were rented out had not been returned. Or they had been returned, but they were on the other side of the country in a different rental location. Or some convoluted explanation like that.

Just because you book a car doesn’t mean there will be a car, you capitalist fool.

Long story short, the boys had quite an adventure acquiring a car. Once we got our hands on the vehicle, we set off for Viñales. The road was surprisingly better than we expected, and we covered the 180km in about two and a half hours.

The same afternoon, we took a horse ride through the tobacco plantation, learned how a cigar is rolled, received an introduction into Cuban flora & fauna and watched the sunset from the beautiful Valle del Silencio. 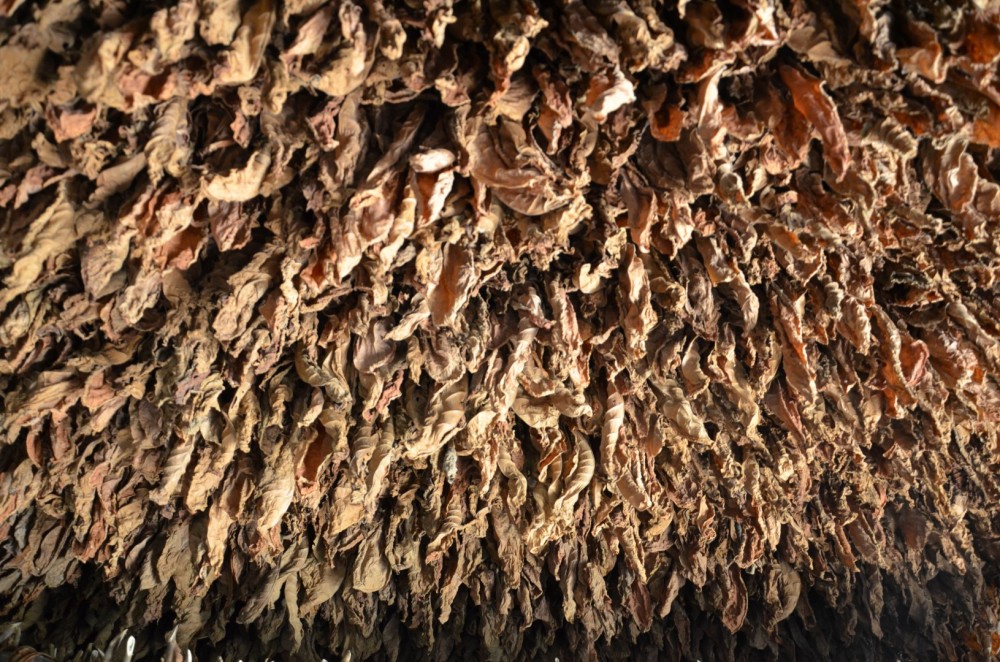 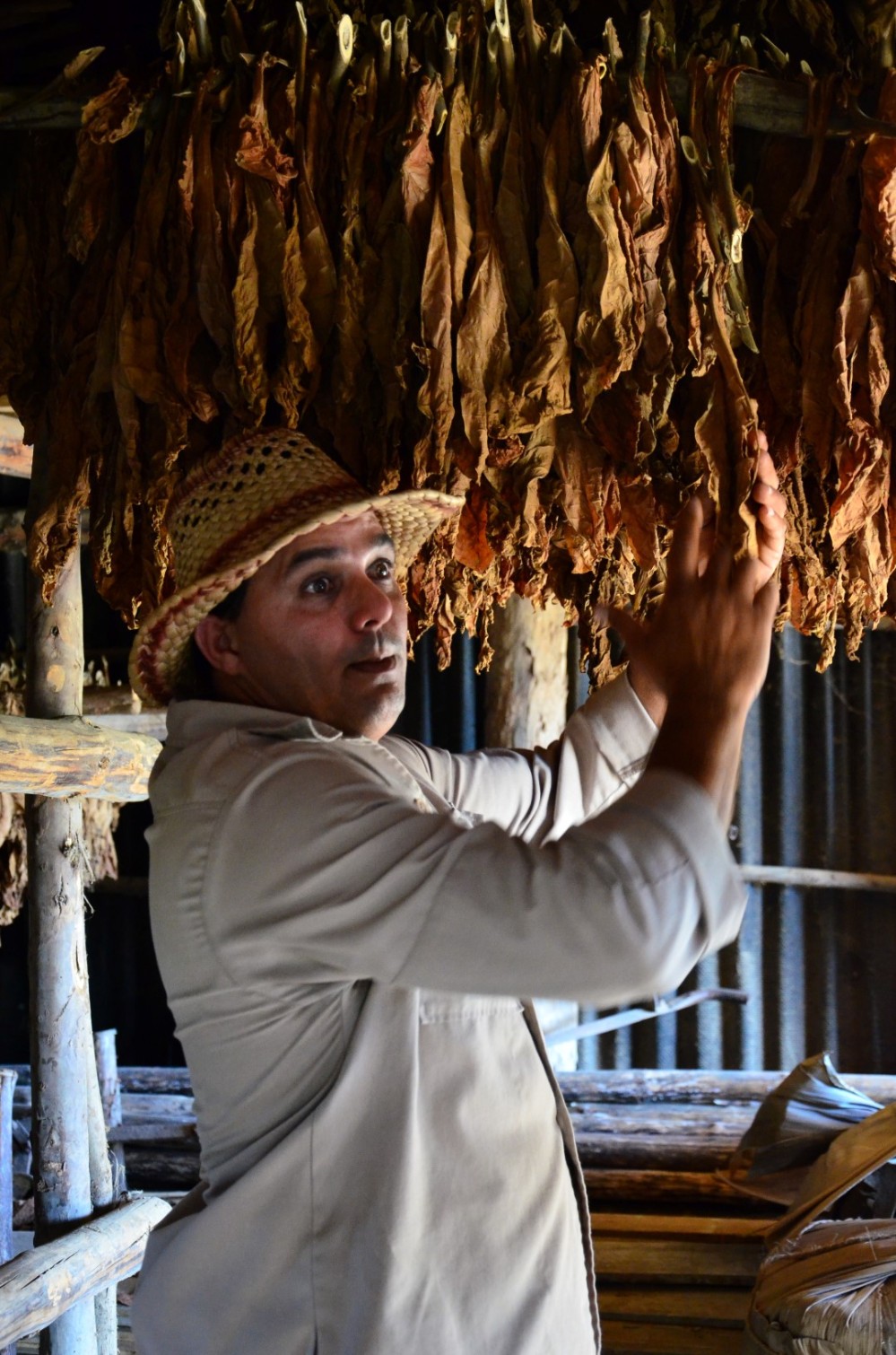 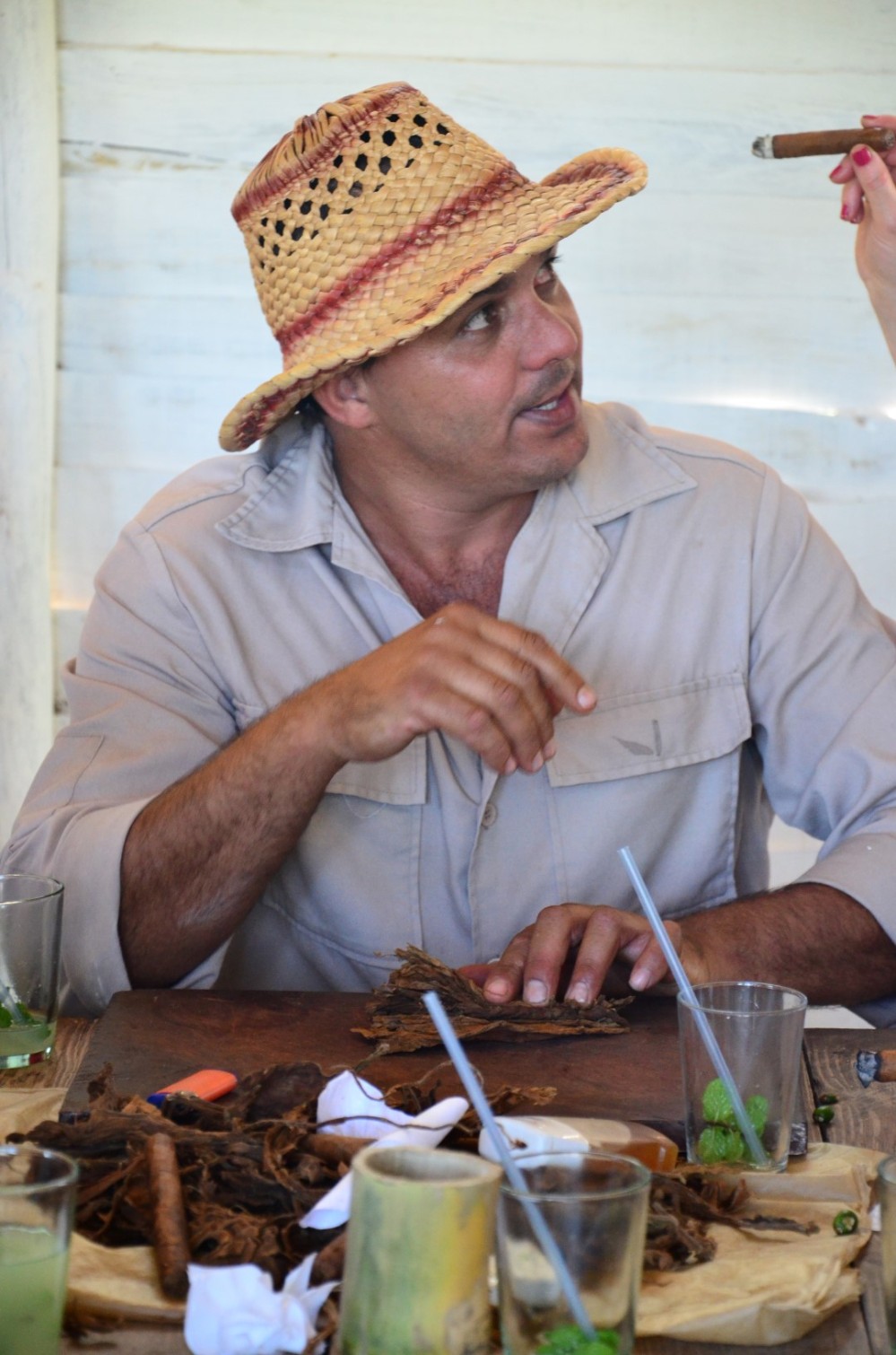 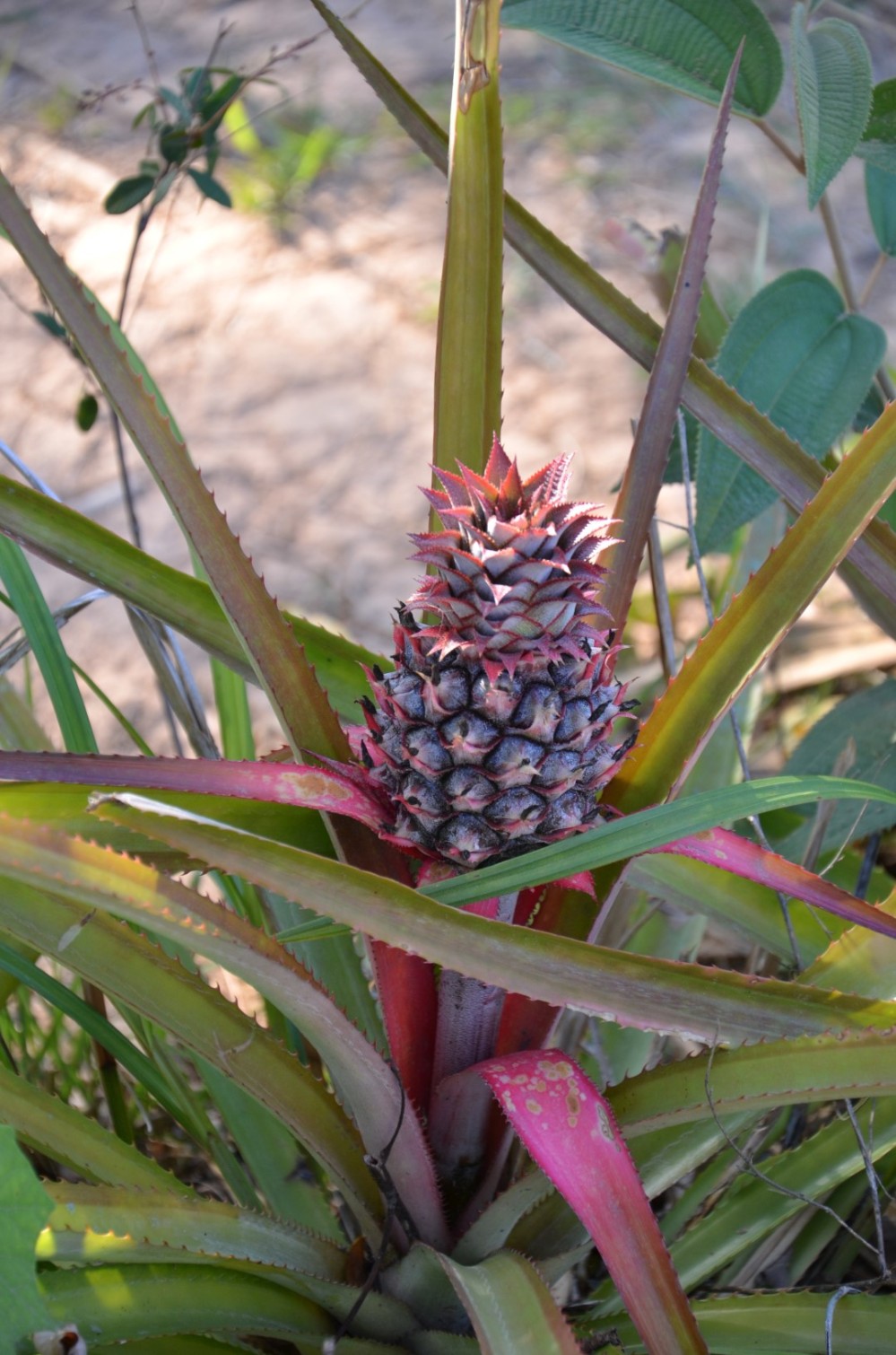 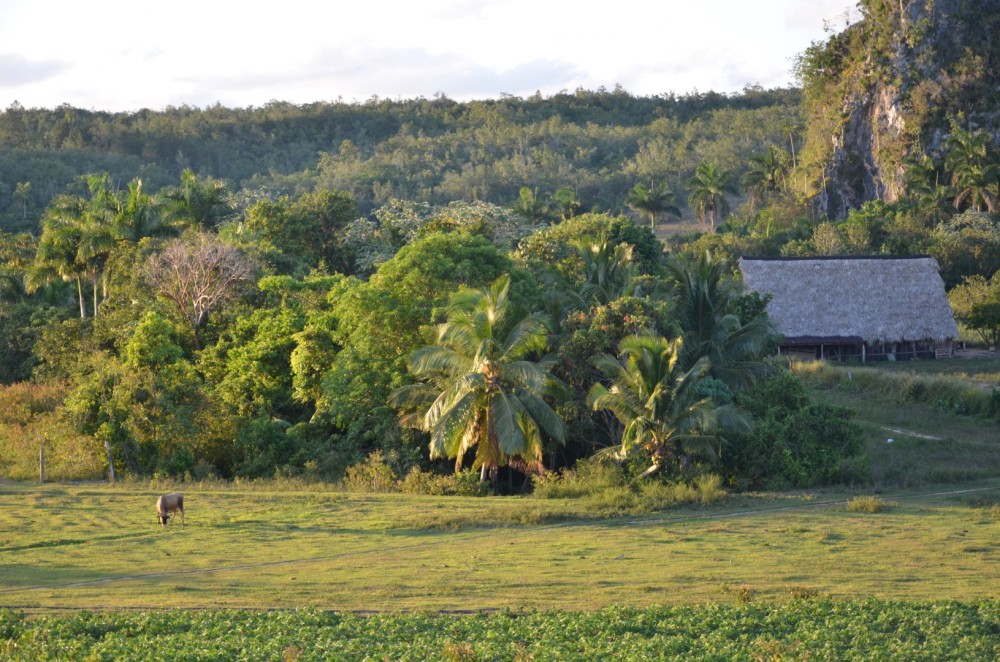 The Valle de Viñales is a karstic depression, meaning that the landscape is formed by the dissolution of soluble rocks such as limestone, dolomite, and gypsum. Such landscape is usually characterized by underground drainage systems with sinkholes and caves. So on the second day, we decided to explore one of the nearby caves called Gran Caverna de Santo Tomas. It is Cuba’s largest cave system and the second largest in the American continent. The cave length is nearly 46km spanning across eight galleries, though only 1km is accessible by tourists with a guide. There’s no artificial lighting inside the cave system but you’re provided with headlamps.

It is safe to say that the cave system is not for the faintest of hearts. Reaching the mouth of the cave requires scrambling up a very steep set of slippery and poorly marked stairs. Once you reach the entrance, the rest of the cave exploration is just as demanding. The rocks inside are slippery and steep, all you have are your headlamps and the guide to help you navigate. Needless to say, if you’ve ever experienced the slightest bit of claustrophobia, skip this tour.

After our cave exploration, we decided we’d had enough of caves and started driving north in search of a beach. We weren’t sure which beach we were aiming for, but we decided to keep driving and surely, we would come to find the water.

It is worth mentioning that while the newest Lonely Planet book for Cuba does mention a few beaches around Viñales, the one we stumbled upon by accident was not in the guide books. Within about an hour drive of Viñales, we found pristine sandy beaches with stunning blue water. There was not a single soul in sight.

If you’re allergic to holiday resorts the likes of Varadero and enjoy off-the-beaten path locations like we do, I could not recommend a better coastline. The beach was deserted enough for us to find little bays with enough privacy to go swimming sans swimsuits. 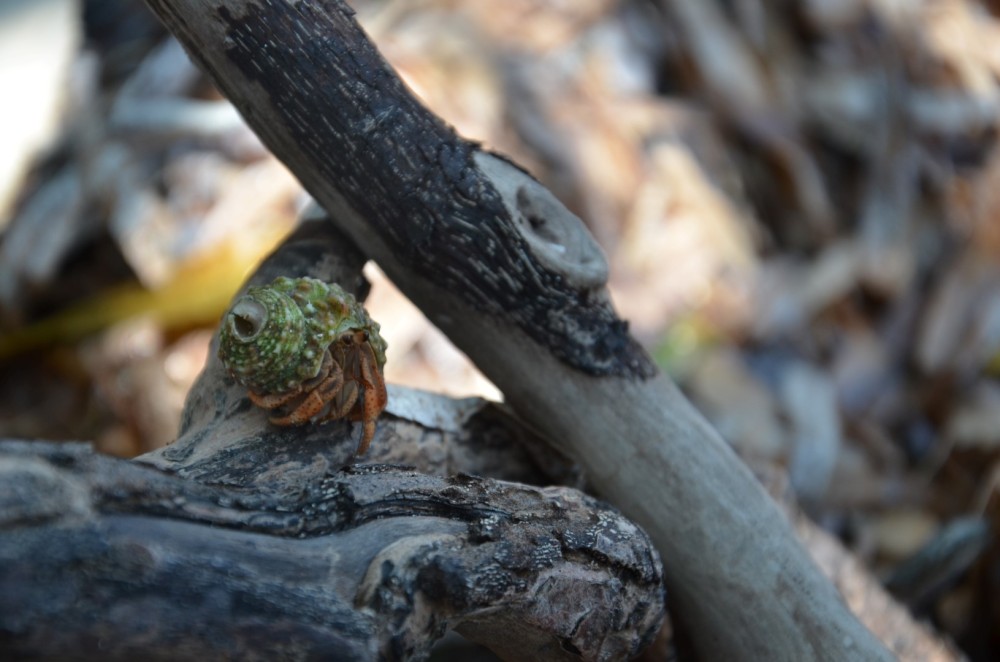 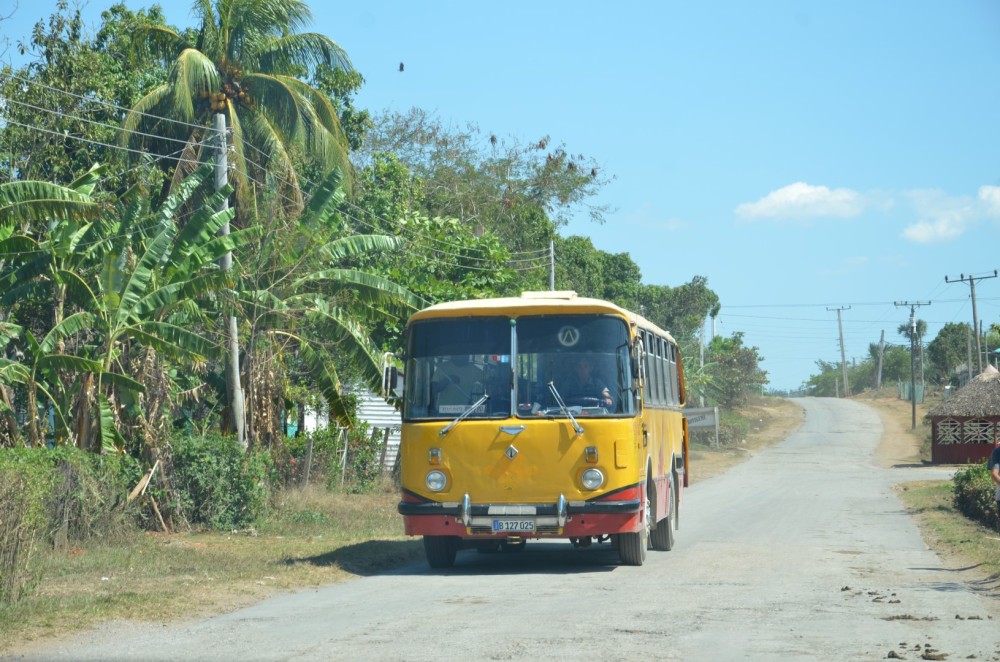 On the way back into town, we stopped for gas. The pace of life in Cuba is different. Filling up on gas can take slightly longer than you’re used to. As we waited, I watched pedestrians out of the window of the car. 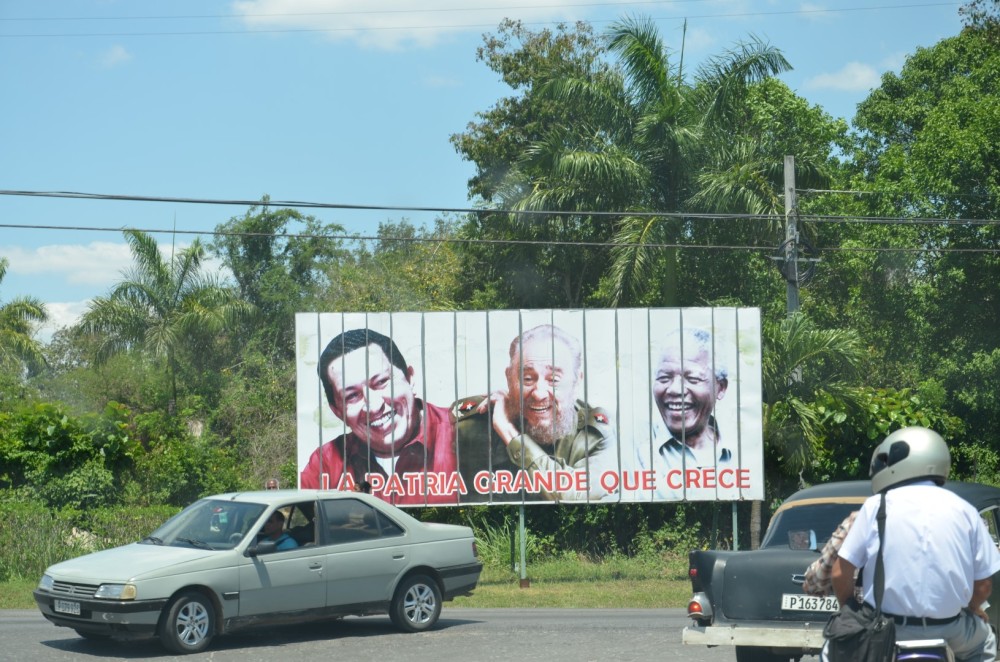 Back in Viñales, we strolled through Parque de Viñales and met a few interesting four-legged inhabitants. 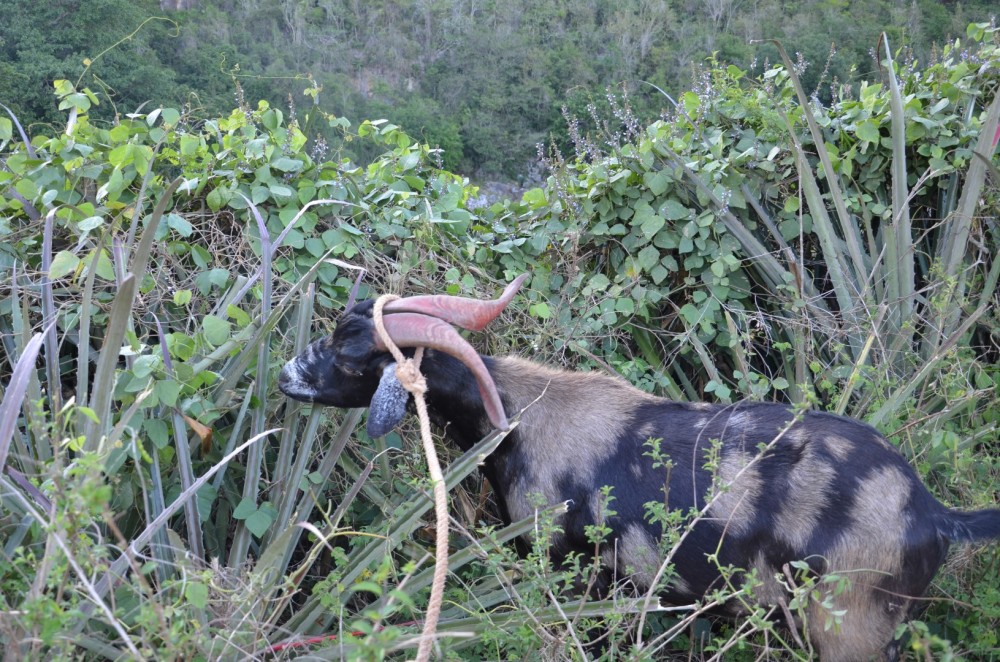 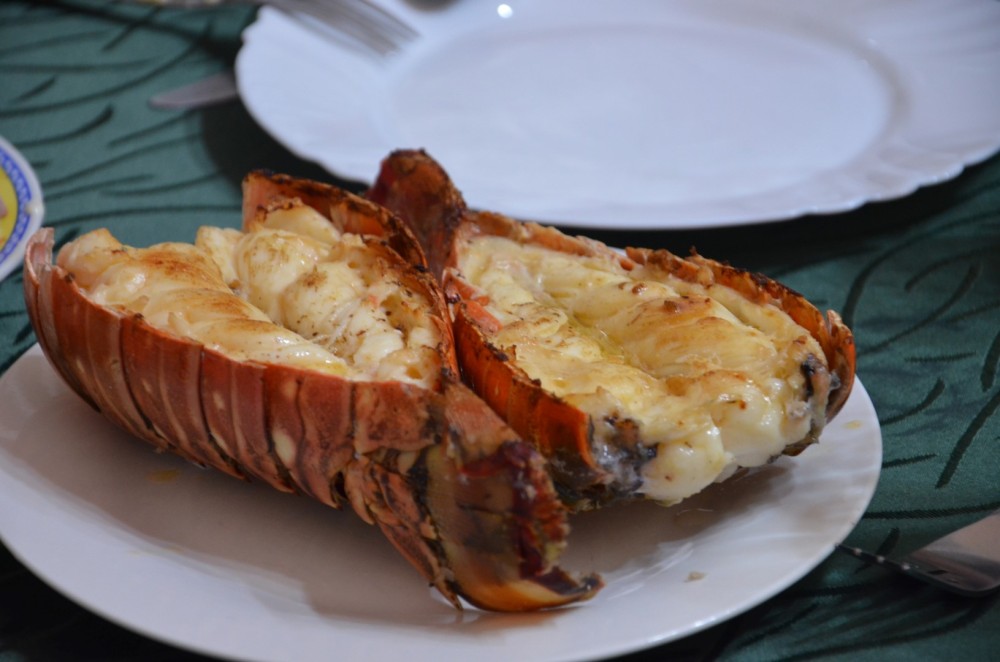 Our host cooked us up a lavish meal of lobsters, and soon, our time in Viñales would come to an end. Next stop: Cienfuegos.

This post is part of a photo series covering my trip to Cuba.